My son Jake is very talented in drawing. Problem is, he doesn't have the patience to do it. His interests lie in other things.

Well, he made the mistake of asking me what I wanted for Christmas. I told him I wanted him to come paint with me at a Wine and Canvas event (his treat). I figured it would be fun to have him all to myself for a couple hours, plus I would get to see him paint. At first he was dreading the thought. But when he got there, he seemed to have fun. 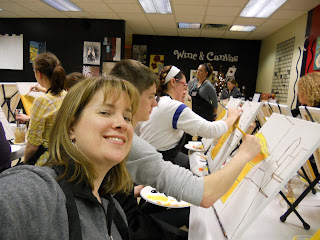 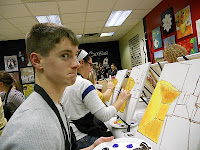 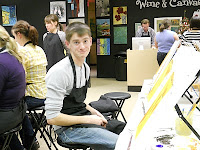 He was being so silly the whole time and making me laugh. 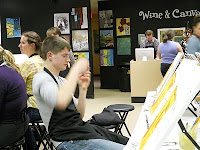 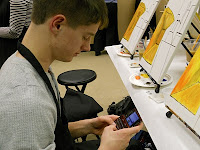 This is Jake taking a pic of his masterpiece-in-the-making, and sending it to his girlfriend. 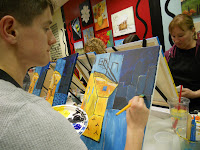 Getting closer to being done...he was always 5 steps behind the instructor, but he pulled it together at the end. This was my favorite Christmas present he ever gave me!
When it was over, we went across the street so I could introduce him to the fabulousness of The Cheesecake Factory. He declared it his new favorite restaurant.
Posted by Connie Nobbe at 7:48 PM 3 comments:

Alyssa and I spent an evening making teeny tiny paintings. It was fun! We even painted the teeny tiny easels to match. 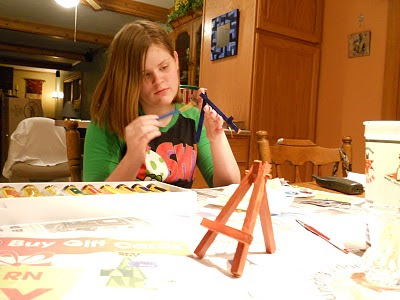 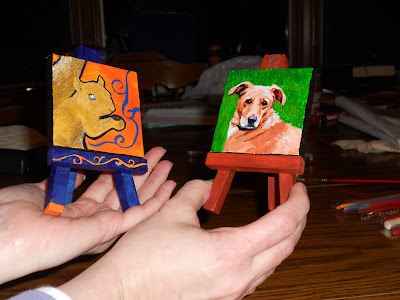 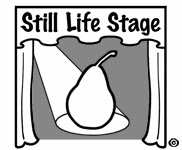